Jackie Robinson’s baseball legacy is well known. But how many of you know he was an exceptional tennis player?

That is among the many nuggets to be found at http://www.blacktennishistory.com, an online archive developed and maintained by Robert “Bob” Davis, a two-time American Tennis Association national champion and longtime tennis coach and mentor. 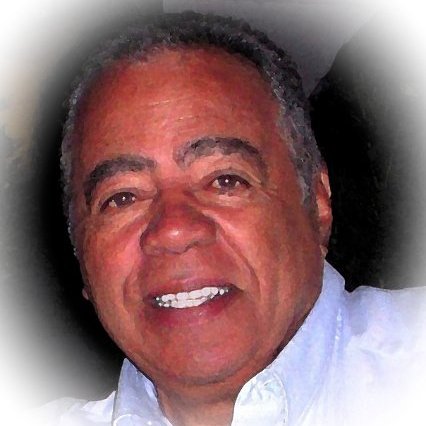 Here’s another: Along with being an outstanding actor, Billy Dee Williams was an accomplished artist. Among his many paintings is a 1995 portrait of Arthur Ashe, 1,000 copies of which were sold to raise funds for Ashe’s tennis foundation.

In the spirit of Black History Month, it is fitting to pay homage to pioneers like Davis, who has made it his mission to preserve the deep, rich history of blacks in tennis.

Davis chronicles the evolution of tennis among blacks from the courts at Tuskegee Institute, circa 1890, to the founding of the American Tennis Association in 1916 to the introduction of a Black Tennis Hall of Fame in 2007 to the naming of Katrina Adams as the first African American to lead the U.S. Tennis Association in 2015.

“It’s a brilliant series of achievements,” Davis said in a recent interview.

The website should be on every black tennis player’s favorites list. The streaming photos on the home page is worth the visit, let alone the trove of photos of black tennis legends, such as Arthur Ashe and Althea Gibson, as well as lesser known greats like Jimmy McDaniel.

Click on the “Breaking the Seal Moments” link for a quick journey through the historic milestones. Explore the websites of the American Tennis Association, celebrating its 100th anniversary, or the Black Tennis Hall of Fame.

Read Davis’s own reflections in which he pays tribute to black doctors Hubert Eaton and R. Walter Johnson, who took a young Althea Gibson under their tutelage and propelled her through the color barrier in professional tennis.

Davis, 72, a New York native who lives in Bradenton, Fla., said he began his endeavor with a cache of photos and other memorabilia left to him by legendary black tennis coach Sydney Llewellyn just before he passed in 1999. His dream is to have all this collection housed in a museum.

But Davis chafes over what he says has been a lack of support among blacks for his project.

“My great disappointment is that most of our brothers and sisters don’t care about our history,” he said. “On the Black Tennis History website there is a donate button, and there’s never been a single donation. So it’s a labor of love.”

For more than four decades, Davis has demonstrated his love for the sport. With his good friend Nick Bollettieri, famed tennis coach and trainer, Davis has introduced thousands of inner-city youths to tennis through the Arthur Ashe Safe Passage Foundation.

He is the founder of the Panda Foundation, Inc., an intervention program aimed at helping underprivileged youths enrich their lives through tennis and mentoring.

While Davis laments a lack of financial support for his effort, he has received recognition for his own place in black tennis history. In 2014, he was inducted into the Black Tennis Hall of Fame as a player/contributor.